Do you recognise the voice of your Shepherd? By Olu Akinkunmi

Modern life has no end of distractions. Satellite TV, Face book notifications, text messages, emails, the list is endless. You have to be really disciplined to get anything significant accomplished. I know a few friends who have taken time out to work on projects. You know, gone dark. They had to unplug themselves from social media to maintain their focus.

Don’t get me wrong, social media can be a tremendous tool if used correctly. But sometimes, it can be a time waster. We all have to find ways to deal with the onslaught of distractions that come at us on a daily basis.

When it comes to our walk with the Lord, we can also be driven to distraction. There are numerous voices vying for our attention. It can get confusing at times, particularly if you are new to the Christian walk. Don’t worry though, even those who have been around for a while get rattled from time to time.

That said, as Christians, we must be able to distinguish the voice of our Lord and Saviour from all the other agents of confusion trying to yank us in the opposite direction.

Jesus told the Pharisees, that His sheep recognise His voice (John 10:3). This is very significant. Usually, in those days, a sheep pen would hold several flock belonging to different families. When the Shepherd arrives in the morning to take his sheep out to pasture, he would separate his sheep from the rest with his own peculiar call. When the sheep hear his call, they would separate themselves from the rest of the flock and follow him. Amazing!

A stranger could attempt to mimic the voice of the Shepherd using the same words, but the sheep would suss him out. They would run away from the impostor (John 10:5).

Jesus is the Shepherd, in fact He is the good Shepherd (John 10:11) and we are His sheep. As a Christian you are part of His sheepfold (John 10:16). Do you know His voice?

I just want to encourage you. Spend time in fellowship with the Master. Get to know Him. Know His voice. Meditate on His word. The more you spend time with Him, the more distinct His voice becomes. He will lead you and guide you. When the stranger comes knocking, please remember to bolt.

Have a great week 🙂 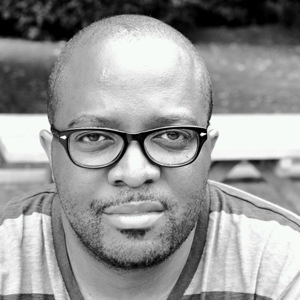 There are no upcoming events.

This website uses cookies to improve your experience while you navigate through the website. Out of these, the cookies that are categorized as necessary are stored on your browser as they are essential for the working of basic functionalities of the website. We also use third-party cookies that help us analyze and understand how you use this website. These cookies will be stored in your browser only with your consent. You also have the option to opt-out of these cookies. But opting out of some of these cookies may affect your browsing experience.
Necessary Always Enabled
Necessary cookies are absolutely essential for the website to function properly. This category only includes cookies that ensures basic functionalities and security features of the website. These cookies do not store any personal information.
Non-necessary
Any cookies that may not be particularly necessary for the website to function and is used specifically to collect user personal data via analytics, ads, other embedded contents are termed as non-necessary cookies. It is mandatory to procure user consent prior to running these cookies on your website.
SAVE & ACCEPT